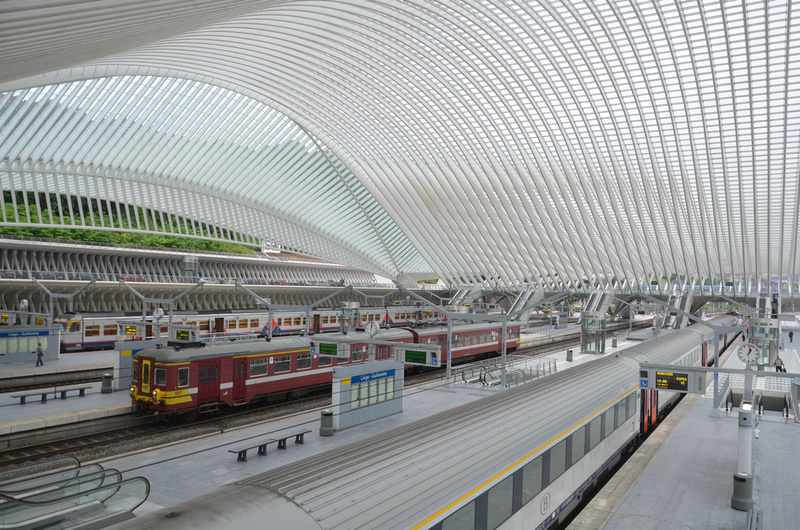 Usually I am a classical 19th century train station sort of guy, but Europe does excel when it comes to modern architecture. One of my favourite stations in all of Europe is a modern-design masterpiece – Liège-Guillemins in Liège, Belgium. Liège-Guillemins was designed by Calatrava, whose distinct style of arching white beams is immediately recognizable here.